The idea for this post sparked in me after I’d lost any interest in Vampire Diaries because I was too much of a Supernatural fan – so I thought I’d rewatch my favourite season of TVD. It gave me a lot of ideas and I thought I’d share some. Worth a read even if you don’t watch the show.

My favourite episode of any show ever might just be The End of the Affair (S03E03). I wake up at 5 am on Fridays if Vampire Diaries airs and watch it in the morning before school. I remember it was dark in the early morning and I was still cold from the walk I had with my dog just before watching the episode and I just sat behind my computer, staring at the screen open-mouthedly. It was beautiful.

It was the general theme of season three for me: the endless, captivating beauty. One of the greatest things about Vamp Diaries are the flashback episodes and what makes them so great is that they capture the era exceptionally well. Episode 3 was set in Chicago in the 1920s and hell, it was authentic. In it was the first appearance of Claire Holt1 (frankly, her plausibility became scarcer over the season but she did excellently in this) and the first episode to truly mark the beginning of ‘The Season of the Originals’, as it was called. 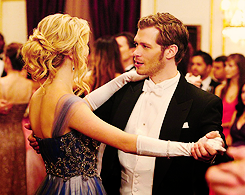 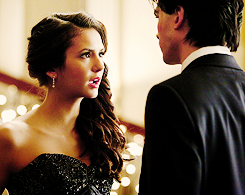 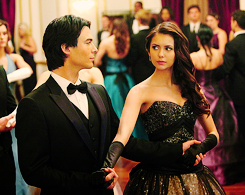 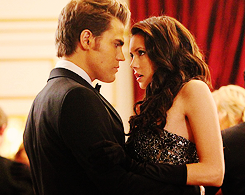 Other aspect of beauty in season three were the dances, balls and whatnot – plot-wise, it’s far-fetched how many events a town can hold but they’re usually decade-themed or have enough aesthetics to make up for the dubious setting. Not that these episodes are bad story-wise – they are usually good (for example, Dangerous Liaisons was a really good episode2) but I love the beautiful part most.

In my sidebar, I say that I crave tension, and this is something I learned from season 3. It gets so intense that breathing becomes secondary and heart rates go up. These episodes don’t give you time to relax. They’re fast-paced and constantly demanding all your attention. Truthfully – they are draining to watch. It feels like keeping your breath for forty-two minutes.

Though there are some characters whose storylines get slightly absurd (like for Tyler and Jeremy leaving town), it doesn’t bother much because there are so many amazing characters whose narratives are genius. I’m talking about Alaric here – if we’d be to skip episodes 4–5, he would be flawless. 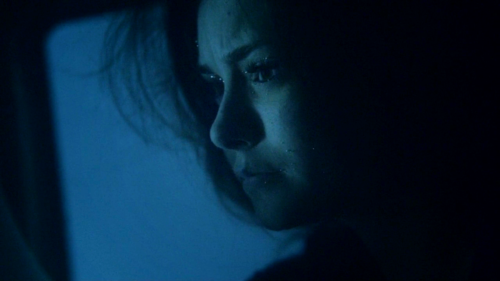 Alaric’s story had me cry harder than anything when watching the finale. Frankly, the finale was heartbreaking in its’ essence but Ric… GOD NO I WON’T DO THIS TO MYSELF. Overall, the finale was one of the strongest I’ve seen. Flashbacks were used incredibly here, too.

The third TVD feature, explicit in season 3, is sexiness. I would put it nicely but… I really don’t know how to. We have some hot characters (i.e. the entire cast) and then there are intrigues and a lot of relationships. Rewatching this season I even faintly understood Stefan and Elena as a couple – because I used to see zero chemistry there. I see it now: it’s there. It’s not as impressive as hers with Damon’s or as Caroline’s with both Tyler and Klaus but it definitely exists. Bluntly: you get to see a lot of hot make-out sessions with tangible chemistry.

Some of the highlights of the season: Elena’s anti-vamp training in Smells Like Teen Spirit, the kiss scene in The New Deal, (me knowing every event’s episode by name), the entirety of The Homecoming, Klaus’s wrath in The Hybrid, Anna and Jeremy; and Matt and his sister Vicky. An amazing season full of amazing episodes, even for a disliker of vampires-related stories (like me).

______________________________________
1 who I know from the Australian show H2O, which was a huge favourite of mine when I… uh, watched different television. Not crappy. Different.
2 like the conversations during only one dance – one of the most effectual Klaus and Caroline talks yet, plus the Matt-Rebekah and Stefan-Elena-Damon relations got new perspective.
3 and breakfast cereal gets soaked. What? I watch TVD in the morning. I eat. So sue me.

One response to “Tension and aesthetics: Vampire Diaries season 3”