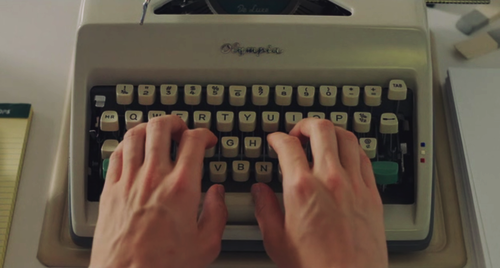 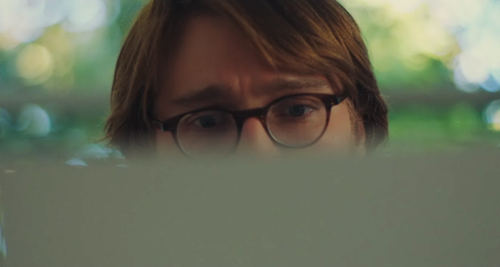 Films, for me, are an escape route. Much like books, they hold the wild stories of others, safe for me and my mind. Sometimes a film comes along that challenges that. Ruby Sparks made me want to write and never stop, not letting me rest. Chris said that it cures any writer’s block and I think I’m getting my hands on a tangible Blu-Ray copy of this because it did.

I liked a lot of things they did with this; like Calvin’s disbelief that she was real; the way he got mad at his mum; the scenes where Calvin blankly stared over the typewriter; Calvin’s awkwardness overall; Ruby’s youth montage; and the part where Calvin yells at his ex1. He was so damn believable, the controlling self-centred writer – they are somewhat stereotypical but usually lack the plausibility. Paul Dano does an excellent  job on this one, though.

It is remarkably surprising how dark the film got. I was disappointed some half hour in because every time a film has an introduction and then has a cliché montage of overjoyed everything-is-going-perfectly dazed happiness2, I know what’s going to happen next. Ruby Sparks shook me out of it right away, though, because it simply carried me along, keeping me hooked. It was rather amazing. The darker scenes were excellent, too, manic and depressing and exceptionally sad all at once.

Ruby and Calvin together were incredibly natural. It couldn’t have been any other way because they fit.3 Zoe Kazan (Ruby) wrote the script which makes it all the more amazing and of course, rises the question of how much real life is in the film.

The tagline is marvellous, too: she’s out of his mind. I’m not sure how but it somehow captures the entire being of the film.

_________________________
1 powerful!
2 first, it’s cliché; and second, it reminds me of the rollercoaster setting of film scripts. I found it when writing for Script Frenzy and it ruined a lot of the mystery in films for me.
3 one of the reasons might be that their actors are dating in real life.

This entry was posted in 2012, film, films about writers. Bookmark the permalink.