Perfect Sense was a film full of lyricism. The entire film went by flowing easily at a pace unfamiliar to us in film, but also being something that makes you want to dig out the goriest zombie bloodbath flick you’ve got and watch it right after that. Though, whatever you do, this film – especially the ending – will still haunt you for days.

END_OF_DOCUMENT_TOKEN_TO_BE_REPLACED

Plot: A mysterious Hollywood stuntman, mechanic and getaway driver lands himself in trouble when he helps out his neighbor. Source: imdb.com

That being said, Drive is a gorgeous film. Every angle was perfect, the lightning and worked every single time, every scene having impeccable conceptualism. And then there was the beautiful colouring, spot on costume design, hair and make-up, fantastic use of props and generally, any visuals you could think of were faultless. You could take beautiful, conceptual photographs from any scene of the film. (There are going to be a lot of pictures. A lot.) END_OF_DOCUMENT_TOKEN_TO_BE_REPLACED 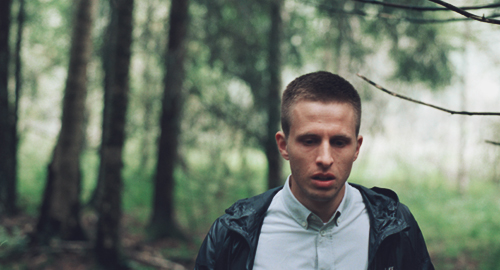 Have you ever noticed how foreign films are authentic without exception? There are no turnarounds, no sort-ofs – they are all honest to the core.1 I’m not sure if this is due to the look of people – they look like people around you, friends or people you’d bump into on the street – or if it’s the fact that I don’t live in the US but it’s something and it might not even be tangible. But the streets they walk and the ambient sounds feel familiar, as if I’d been there and lived it, seen Anders roam these streets.

Oslo, 31. August was one of the most poignant, honest and storyteller films I’ve seen. There is a sense of inevitability from the first scene and it drags you with it, making the survival of these characters the most important thing that will happen on that day. It’s intimate in its core, laced with the loud quiet of a trapped mind. It breafly flickers hope between the devastating moments, the light joking making the story even crueller. It feels wrong to smile at the clever remarks, it feels grotesque, but I think that’s also what they were attempting.

In a way, many things happen over the course of a day – yet it’s not much. The pacing is admirable, going over everything while staying true to the mood. It’s observant, too: the film feels distant even in its intimacy, providing closure and sadness both, often at the same time. Yet it never becomes overwhelming. It’s quite literally watching a person crumble into little pieces from bigger pieces, surrounded by people with dreams and hopes and feeling suffocated by the mere idea of it. It’s sad in its essence and it’s transmitted impeccably. For me, the key part in this was Andres Danielsen Lee’s acting, never wavering or unsure. It’s an amazing film, portraying a life consumed by poison – in Anders’s case, it’s drugs, but it really could be anything. It reflects everything he does or says or even thinks. It always comes back to his addiction and the hopelessness it fashions.

________________________________________
1 most of which I’ve seen are depressing as well, but that might merely be my sadistic choice of films.
Sidenote: I don’t know if this is the best film to start off my Norwegian experience with (I’ll be living there for a year starting… uh, August… holy crap) but I really wanted to see something in Norwegian. Well, at least I know they make good films. If you guys have any Norwegian film suggestions (besides Kon-Tiki), let me know in the comments!

First of all – SHIT (this deserves a swear word!) I’m sorry. Not much else I can say – perhaps I will do better.1

While I’ve been busy not seeing films or even watching TV (literally only Supernatural’s new episode on Thursday morning), I did start watching 2 Broke Girls and I’m just putting together something about the pilot (even though I’m on episode three right now).

I love pilots. The introduction of characters, the build-up, seeing the details directors have come up with to best convey the leads and the setting – plus the pilot and the finale are episodes where you can see the director’s handwriting the clearest. Rewatching pilots is always fantastic, too, as you see all the hints there were for the rest of the season. And there’s a 83% chance that if I don’t like the pilot, I won’t like the show either – and often vice versa.

2 Broke Girls’ pilot was awesome both when looking at it as an episode and as a series pilot. I was hooked since minute three. In twenty minutes, the show managed to introduce quirky characters2 (Earl!), some things that you just know will be responsible for future laughs (Chestnut the horse – ahhh) and an interesting relationship dynamic (they made Max and Caroline’s questionable friendship work amazingly).

It’s very bold. The show is not for everyone but it’s definitely worth a watch – a comedy with an edge. I can already tell it’s feminist and bad-ass and like Max, won’t take anyone’s crap. I’ll be watching it, no doubt. Special thank yous go out to Mettel Ray whose TV page made me want to know what it was about.

______________________
1 for those interested: I started a new so-called job and being me, I let it consume me. I’m designing web pages for both of my parents, three in total, plus two personal ones. I’m getting my act back together though and I’ll be posting rather often now – or that’s the plan, at least.
2 which is always good in my world.