This is a more-than-shameless idea adaption from Mettel Ray – a conclusive post per week, featuring anything truly captivating written by others. Alright. Have at it.

Everybody else (and some of the above) were busy with being considered for nomination at the 2013 Lammys. I profoundly hope I’m not breaking the film blogger code here but here are a few of the awesome posters that have been created and that I’ve seen. I’m crossing my fingers for some of them but mostly am relishing in the fact that I’m not eligible to be a part of the LAMB yet so I don’t have to make the nearly impossible choices – they are all worth to be nominated. 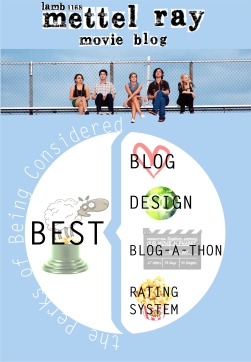 And although he doesn’t have a poster (or I just couldn’t find it), Tyson Carter at Head In A Vice with his abundant nominations needs a mention too.

PS. Tomorrow’s my first day back in school after spring break and it’s 2 am which means I have to get up in roughly four hours. Thanks, film blogging business. God, I’m going to die tomorrow… much love still!

This entry was posted in 2013, people. Bookmark the permalink.

9 responses to “The First Spill”